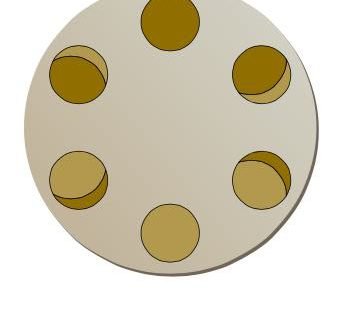 A brief introduction to the energy technologies of Nikken

Electromagnetism is one of the four fundamental forces of physics that prevail in our environment (in addition to gravitation and two types of nuclear forces). The teaching of energy flows in the body and its effect on our health is an ancient principle and an integral part of Far Eastern cultures and traditional Chinese medicine, which for millennia has been the basis for health care in China and Japan Makes. In the meantime, the value of alternative practices, such as acupuncture, has also been recognised in Western countries.

Research in the field of these influences served as an inspiration for the development of the first Nikken magnetic products over 35 years ago, which should support our bodies in a world where we are increasingly taking physical and mental stress factors To get back into balance. The magnetic products of Nikken help to restore the conditions in which people can live and unfold by nature.

The magnetic Technologies of Nikken

For the first time, Nikken Magnetic technology was used in the Nikken KenkoInsoles ? , the company’s first product when it was founded in 1975. Since then, the research teams have continued their research work and found that the effect of magnetic fields is increasing with their complexity. Today we offer a range of magnetic configurations that have been developed for various applications.

This technology is more complex than a static field. It is used in our massage products and generates a three-dimensional dynamic magnetic field with greater depth effect.

The latest product developments of our magnetic range are based on a magnetic configuration in which the same poles meet and magnetic voltage fields are used to the three-dimensional complexity of our dynamic magnetic technology In a static form. Special magnetic properties Prevent degaussing in these configurations.

Small ball magnets are arranged in groups of six, with each individual magnet positioned within the group in such a way that its axis is rotated between the plus and minus poles to that of the adjacent magnet by 60 degrees. The magnetic fields overlap and there are magnetic fields of tension, which provide for an increased field complexity.

Similar to the RAM ? module, but in a slightly larger configuration for larger applications, a series of larger spherical magnets, which are offset against each other in their polarity, rest in a flexible, net-like matrix that can be applied to any body movement Can react.

The groundbreaking DynaFlux ? technology from Nikken presents the voltage magnet technologies of Nikken in an even more compact form, allowing thinner and more powerful configurations for even more ingenious products.

Want to join the discussion?
Feel free to contribute!

Magnetic roller from the EmotionCode
Scroll to top